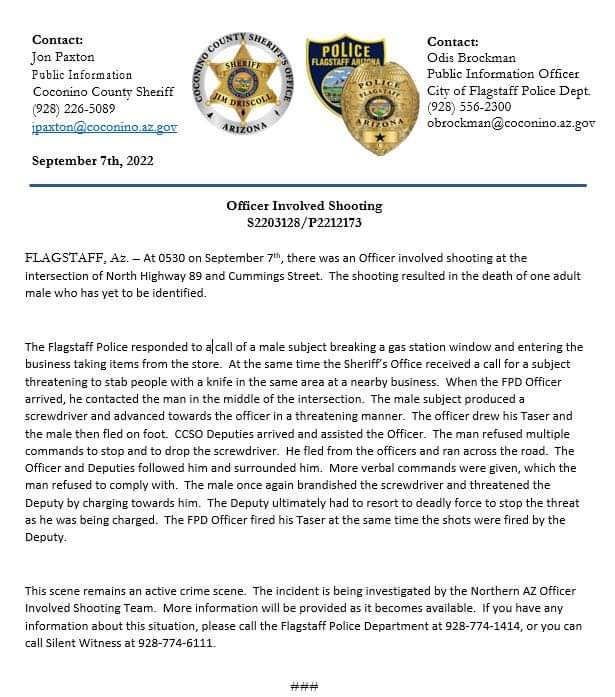 ORIGINAL POST FROM FLAGSCANNER: 5:40 am Flagstaff police, state troopers, and Coconino County Sheriff’s Office are all out at an incident near the VP Racing store on the east side of Flagstaff near the Flagstaff Mall for what started out as a possible burglary and criminal damage call. At some point while officers were making contact with the suspect, he threatened officers with a weapon. Initial attempts at using non-lethal methods were ineffective and that’s when officers shot the man. No officers appear to be injured at this time. Due to the nature of the suspect’s injuries we are withholding further information on his condition. This is a developing story. Stay tuned to flagscanner.com and this page for updates throughout the day.

Flagstaff Police and Coconino County Sheriffs Office are conducting an investigation involving an officer involved shooting. More details will be released shortly as we learn more. N Cummings Is closed indefinitely and Highway 89 heading in to town is restricted to two lanes. Lynch drive is open to access the Mobile Haven neighborhood and Summit High School . Details to follow.